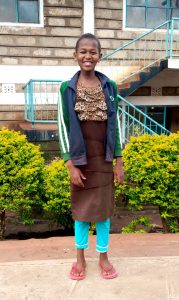 Things are looking up in Kenya. Because of the quick action of the Kenyan government last March, closing schools and churches, and limiting domestic travel, the pandemic appears to be under control; churches have reopened and the kids went back to school at the beginning of January.

One of our most beloved children, Brenda Mwendwa, was to have joined her classmates in their last year of Primary School. Brenda came to us when she was four after her parents died. In what seemed to me like all of a sudden, she had become a teenager. She was slow to develop because of a pre-existing condition, but became the pint-sized life of the party from almost the time of her arrival. When folks came to visit from New York, she was the most photographed of our orphans because she was very cute and always smiling. Brenda was a great entertainer who loved to dance, and, with her sparkling personality, endeared herself to visitors, the rest of our kids, and our staff.

Last fall, when she was 16, she suddenly became anemic, and was in and out of the hospital for several months. Two of our older boys donated blood to help in her recovery, but Brenda’s condition continued to worsen. She died on January 25, almost a year after the passing of Joe Kirima, our Home’s founder.

Brenda is greatly missed. The Kenyans we know are better at dealing with death than most of us, but not used to dealing with the loss of a youngster who came to represent the heart and soul of the home. Rest in Peace, Brenda. 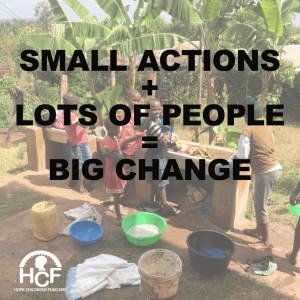